By Kate Shellnutt Health officials in Alberta, Canada, made the decision to “physically close” a local church building until its leaders agree to finally comply…READ MORE

By The Last American Vagabond Welcome to The Daily Wrap Up, a concise show dedicated to bringing you the most relevant independent news, as we…

By Aadi Golchha President Biden has just unveiled a new $2.3 trillion “infrastructure” plan, but a shockingly large portion of this bill is actually unrelated…

By Robert Wheeler Joe Biden promised to do it and he has finally delivered. Today, the cognitively declining President of the United States signed a…

By Maryam Henein Is the mainstream narrative involving George Floyd’s death crumbling and collapsing? Is the Derek Chauvin murder trial edging closer and closer to…

Infrastructure Bills Do Not Lead To Recovery, Only Increased Federal Control

By Brandon Smith The concept of infrastructure stimulus has been hyped for decades as a kind of cure-all for economic decline. The propaganda runs parallel…

By Michael Snyder The last 12 months have been pure hell for the U.S. economy. According to Oxxford Information Technology, approximately 4 million U.S. businesses…

By B.N. Frank In October 2020, University of Rhode Island students invented a “Smart Mask” to detect COVID symptoms. While that might seem genuinely well-intentioned,…

By B.N. Frank Cities worldwide AND entire countries have taken action to ban, delay, halt, and limit 5G installation AS WELL AS issue moratoriums due…

“The inability of policymakers to acknowledge and grasp the basic biological needs of young individuals has resulted in nothing but disaster for all segments of the population. Lockdowns have failed to adequately protect the elderly from Covid-19 and unleashed a new public health crisis upon the young that may take years to fully understand.” ~ Ethan YangREAD MORE

A Glimpse Under Technocracy: ‘Treating Us Like Robots’, Say Amazon Workers

How Big Banks Will Force Americans Into The Great Reset

Big Tech Is Not Immune From State Anti-Censorship Laws

German Auditors: Green Energy Is A “Danger For All Of Germany”

We Live In A Simulation Created By A Non-Human For…

The effect of RNA on DNA means that mRNA ‘vaccines… 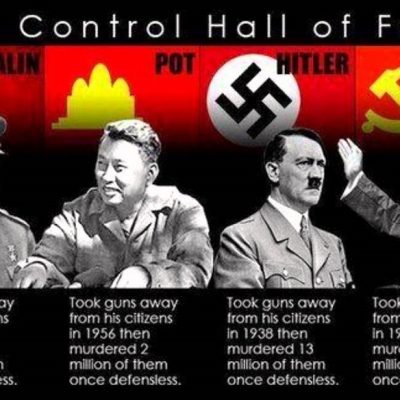 Biden tells lie after lie about ‘gun control’ when…

Everything You Need To Know But Have Never Been To…