AP, Boston Globe, October 10, 1992, “Birth-control vaccine is reported in India”: “Scientists said yesterday they have created the first birth-control shot for women, effective for an entire year…[after which] a booster shot is needed.”

Mercola On Convergence: Transhumanism And The Great Reset

DNA Wars: Privacy Being Destroyed At The Cellular Level

Government Data Will Pour Into Private AI Research At Scale

Shades Of Scientism: Fauci Likens Science To God, Himself As Priest

Technocrats’ Pandemic Narrative Explodes As Lies, Coverups And Deception Are Exposed, But The Damage Is Already Done 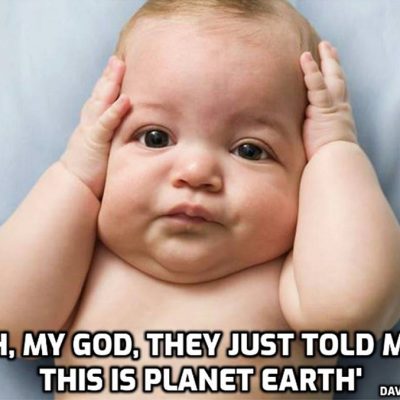 Jabs for care home staff WILL be compulsory: Nursi…

‘They are literally branding our kids’: Fury as te…

Roger Waters was asked by Zuckerberg for permissio…

Children COULD be vaccinated to stop ‘Covid’ disru…

Perceptions Of A Renegade Mind – The New Book By D…

By B.N. Frank Earlier this year, another study confirmed that children living near fracking wells are more vulnerable to health issues.  Of course, it’s not…READ MORE

Petition Submitted to FDA to Ban Formaldehyde, a Carcinogen and Potent Allergen, in Hair Straighteners and Treatments

By B.N. Frank Companies continue to be exposed for putting toxic ingredients in beauty and healthcare products. But formaldehyde in hair straighteners and treatments?! From…

By Brad Polumbo The US economy is in a perplexing state of labor market purgatory. We have 9.3 million unfilled job openings, all while millions…

San Francisco – Nearly two dozen rights groups, including the Electronic Frontier Foundation (EFF), have joined together to tell PayPal and its subsidiary Venmo to…

By Michael Boldin Using the 10th Amendment to defend the 2nd Amendment – four states with new laws on the books for 2021. And 3…

By Matt Agorist Baton Rouge, LA — After the state of Louisiana announced that they would not be charging the officers responsible for ending the…

Next Up For AI: Learning How To Read Your Lips

Technocrats invent because they can, not because there is a demonstrated need. Lip reading will take the same trajectory as facial recognition as it is…

By Michael Snyder Ignoring long-term problems can work for a while, but eventually they catch up with you.  Over the years, I have written many…

“We must separate government completely from science for the same reason we separate church from state and press from state. Don’t force our scientists to become supplicants to government bureaucrats in order to pursue truth. That will be the death of reason, science, and truth, and lead to disasters, such as misunderstanding the origins of deadly viruses.” ~ Raymond C. NilesREAD MORE

The Labor Shortage Is a Government-Contrived Scarcity

“Contrived scarcities, in principle, could be gone tomorrow if the government’s economic policies fostering, creating and sustaining them were abolished and eliminated. The individual’s freedom of choice and action as both consumer and producer will have been more fully restored with a less intervening government.” ~ Richard M. EbelingREAD MORE