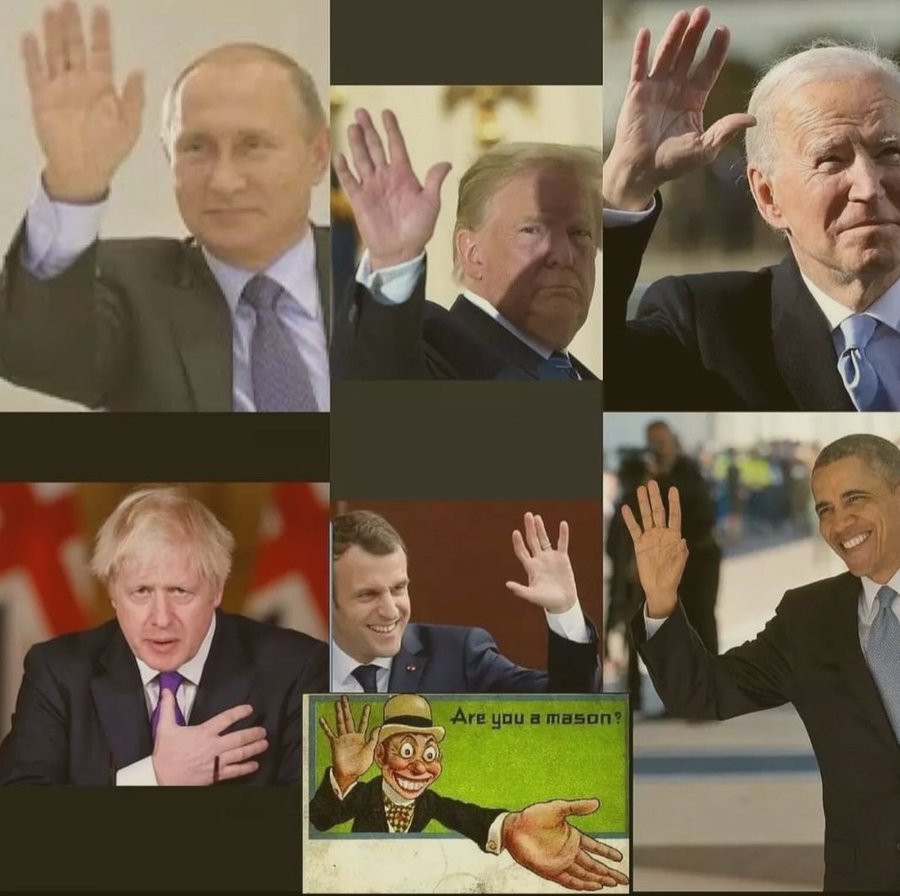 Winston Churchill, Adolf Hitler were members but it dates back to Christopher Columbus and the poet John Milton.  Read about it here.

Having failed to achieve their goals with the covid scam, the Satanists are reverting to Plan B – World War. This would be the third world war contrived in a diabolical plot to enslave humanity.

Russia’s preemptive attack on Ukraine is justified. Ukraine is the spearhead of the Masonic Jewish drive to devour Russia. However, Hitler was also 95% correct about the Masonic Jewish conspiracy, and he was false opposition. He pretended to fight the JWO. Look how that turned out for Germany and the world.

The boycotts, the m$m war cries and the demonization of Putin are all out of their 1930’s playbook.

There are other indications that this war is a charade.
A British man visited Kiev and described it as a war movie set.

Russia says it is not looking for regime change. It only wants Ukrainian neutrality and recognition of Crimea and the Dombass.

This is preposterous. As if the Ukrainian regime could be trusted to honor promises made at gunpoint.

Without regime change, Ukraine can’t be neutralized and cleansed.

Also, there are many reports of Russian incompetence and soft pedalling their attack.

The bottom line — Is Russia’s attack on Ukraine a genuine challenge to the New World Order or merely a pretext for World War?
Should we support Russia, sit on the sidelines, or head for the Southern hemisphere?
Your opinion?   hmakow@gmail.com
First Comment from JPW-I keep harking back to the Edgar Cayce readings: Out of Russia Will Come Hope
“These readings twice mention that “out of Russia will come the hope of the world.” We have recently noticed that some online posters are claiming that this “hope” is tied to a specific person. [Putin?] But rather than referring to an individual, the readings seem to indicate the spirit of the nation. The first statement, given in 1932, specifically mentions Russia’s gradual religious development. The second, given in 1944, seems to suggest that it is rather the concern of the Russian people for their fellow man that is the basis for this hope.”

Putin seems to be saying all the right things and it reminds me of Trump’s 2016 campaign speeches (that outlined policies that never happened after he took office.) But then I remember that Putin was a participant in Klaus Schwab’s “Young Global Leader” program (just like Fidelito Trudeau)…so I think we are justified for our skepticism. AND after all, he IS a member of (((the tribe))). Right now it all seems to be “a riddle, wrapped in a mystery, inside an enigma”…lol

3 thoughts on “Can We Trust Putin?”