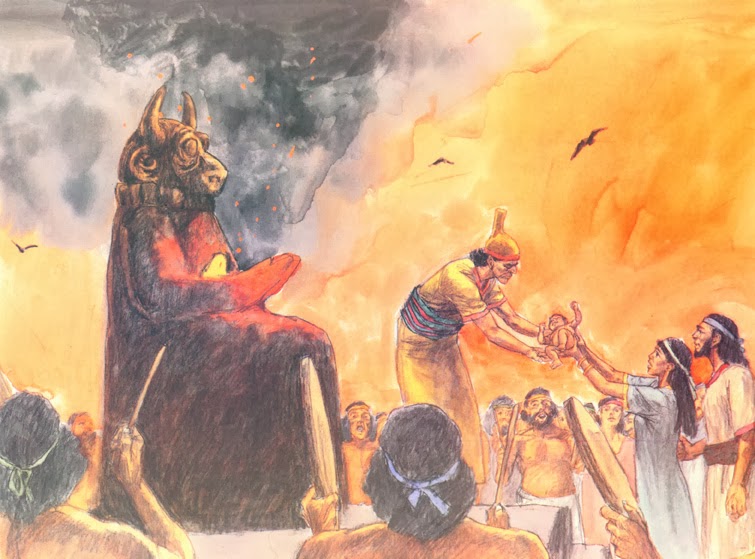 It’s like paying taxes to Satan….literally. In this image, a baby is being offered, fitting considering vaccinations of children.

They stole the election. They faked a pandemic. They locked us down and stole our livelihoods. They poisoned millions.

Paying taxes makes us complicit in our own destruction.
by Edward Menez(henrymakow.com)

We know that our Satanic rulers have nothing but disdain for us.  Worse, they have blatant disregard for us, and want to destroy us.  So why should we help them?
I stupidly have no tax bills in arrears.  In 2021, my wife and I paid over $25K in taxes to our Satanic government.  What did we receive in return?

1) Covid-19 shots for the 6 month to 5 year-old set: the U.S. government’s Medicare receives $40 per vaccine administered  and with tens of millions of vaccines bought by the government, U.S. taxpayers are paying about $1 billion for killing our own children

A lump sum payment of $40 billion for Ukraine, with further installments to come?  Why are we paying any money at all to Zelensky, who is already a billionaire due to his own corruption, and is trying to make Ukraine the next Israeli homeland?  Wouldn’t the $40 billion have been better served by paying $5 billion to finish the wall on the border with Mexico?  Or how about new roads?  New bridges?  Over 220,000 bridges in the U.S need repair work and are in danger of collapsing. Over 220,000 U.S. Bridges Need Repair, Latest Analysis of Federal Data Finds – The American Road & Transportation Builders Association (ARTBA) 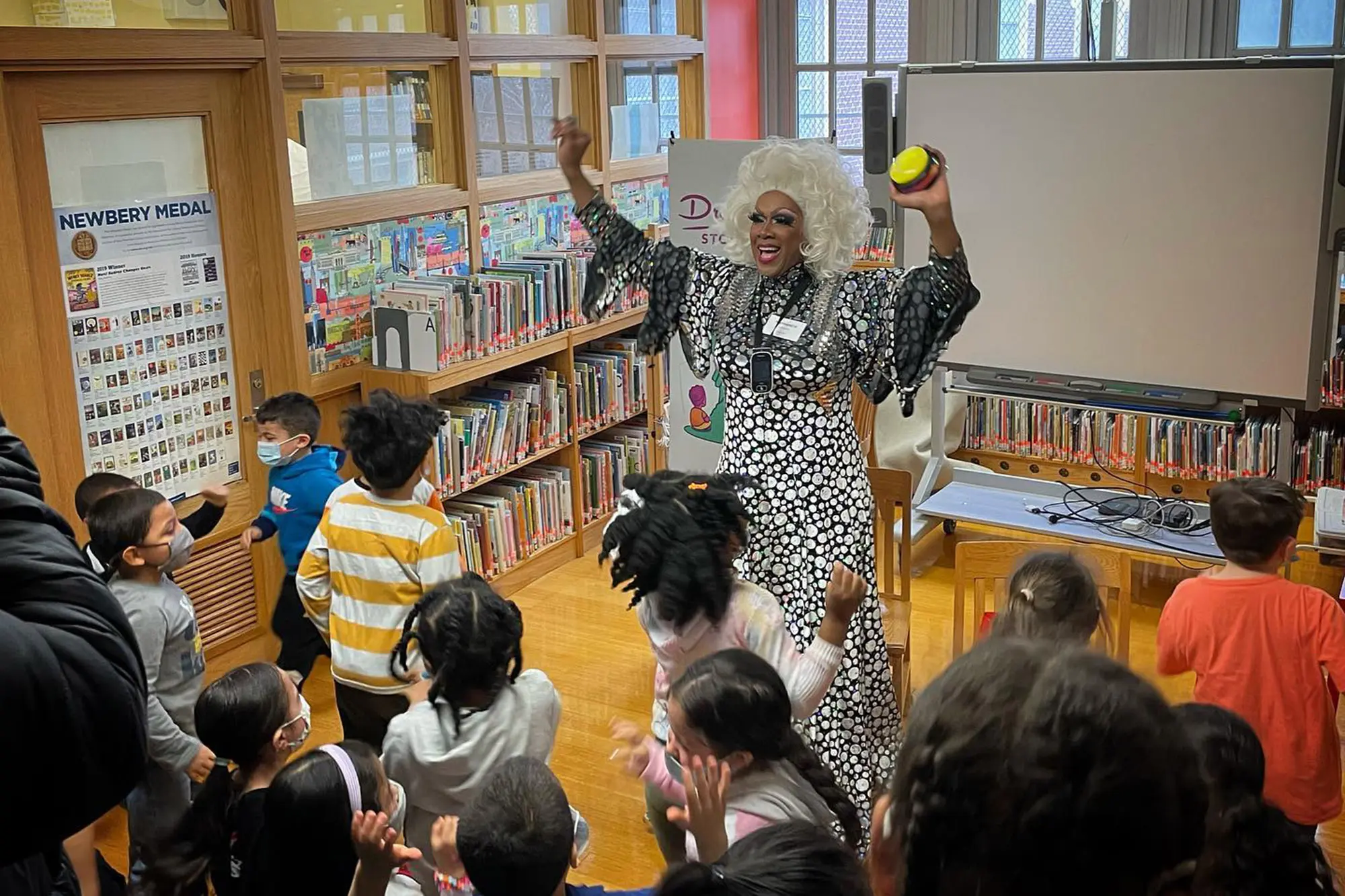 Over $200K being spent on drag queen shows at NYC schools, records show

New York is showering taxpayer funds on a group that sends drag queens into city schools – often without parental consent.

Meanwhile, billions of dollars have been spent promoting a transgender agenda in public schools and in its curriculum.  Thank goodness my kids are almost out of school, but I weep for the future generations, especially because my taxpayer money is helping to promote that nonsense and degeneracy.

I could go on and on with examples of the utter waste of our taxpayer money, but I’m positive you, the reader, have so many examples of your own. 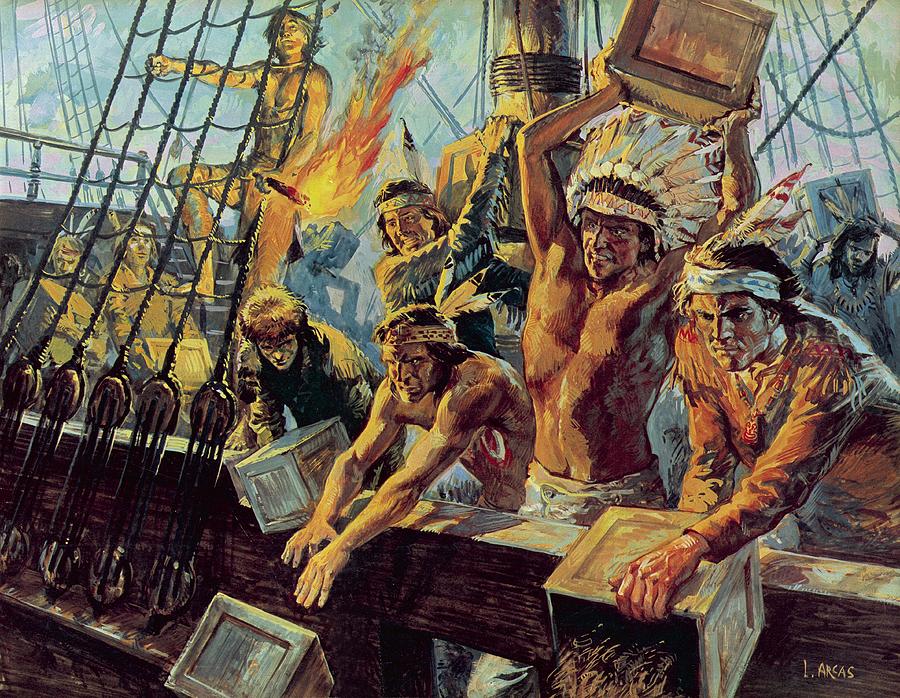 If that history is true, those American settlers stood up to the British because they were taxed without a say in how the tax money was spent, or even given a reason why they were taxed.  I feel the same way now.

Some will say that I have representation because I helped elect my state and country representatives with my vote, etc.  But I don’t feel that way at all.  I feel our so-called elected leaders (read: WEF Young Global Leaders) are almost always sell-outs (that’s for another article, though).  Do you feel you are represented and have a say in the way our tax money is spent?

Two caveats or disclaimers: 1) This plan of not paying taxes will not work unless done EN MASSE.  If I’m the only one who doesn’t pay, I would probably be given a hefty penalty, and possibly arrested and thrown in prison.  It only works if everyone is in accord–they can’t arrest us all;

That’s a lot of money.  But we also know inflation is an indirect tax and the U.S. printed an extra $6 trillion in 2020 just to give people stimulus payments.

If all taxpayers don’t pay a cent in 2022 and the U.S. government loses approximately $4 trillion in taxpayer revenue, will it even matter?  Nothing could be simpler than printing $4 trillion to make up the difference. The government would get their money one way or the other.

And any money printing would lead to inflation–an indirect tax as our savings are then worth less.  Seems hopeless.  Any suggestions?

All I know is I don’t want the U.S. government to use my tax money to kill us anymore.  It seems to me like a tithe to Satan, and I’m sick of it.

Great news, your article on not paying taxes and being part of a corrupt Satanic system is spot on, but I don’t think we have to wait until everyone avoids paying taxes en masse, or to exit from the system ourselves. It’s something every individual can do with some legal effort.

You should probably know that the “U.S.A.” is a corporation and our birth certificate creates a strawman corporation or legal person for every newborn. Tons of info out there on this. The 13th amendment created the Federal jurisdiction for “US Citizens”, when we should be, and were prior, a State National and a man/woman, not a corporate fiction. Taxes can only be levied on a corporation, with some exceptions, but removes income tax for sure. If you correct and file your status properly, rescind your corporate status, then no more income tax. They can’t touch you.

Similarly, the U.S.A. corporate state has stolen everyone’s personal property, by titling and conveying property incorrectly. If you have no lien or mortgage on a property, you can reclassify it under the original Land Patent, and not the tax roll description. This just has to be recorded with the county, and then no more property taxes either. With some effort, it can also be done with cars, but regaining title is not so easy if originally registered with the state, as I understand.

I was somewhat skeptical of this for a while, and how much knowledge one had to have to navigate the courts and proper jurisdictions to make this a reality, and how much one would really benefit, but I am now a believer. All the information you need can be found in this popular seminar series by David Straight:  https://www.bitchute.com/video/8LNwrFLMI6kI/
or at the American State National website: https://states.americanstatenationals.org/

There are a lot of resources and training for US residents to reclaim their status as a State National and out of the US Corporate fiction (as they say, getting on the “land and soil”, not maritime/commercial law jurisdiction), which has many benefits beyond just taxes. It is more divine, as it is akin to being in the world, but not of it (stepping out of the jurisdiction of Satan who rules the world, like the article says, and reclaiming a status under God). And obviously, this legal process applies to US residents, but similar approaches may be available in other countries.

I won’t say this is for everyone as there are a number of ways to go wrong and/or get bad advice and fall into traps set by the state. But I think most should be able to navigate things if they want to learn and pay attention to details required, and the above resources are the best place to start I have found. I may have oversimplified this, and don’t have folks quibble with my short analysis, the real details are in the videos, forms and advice in the links above.