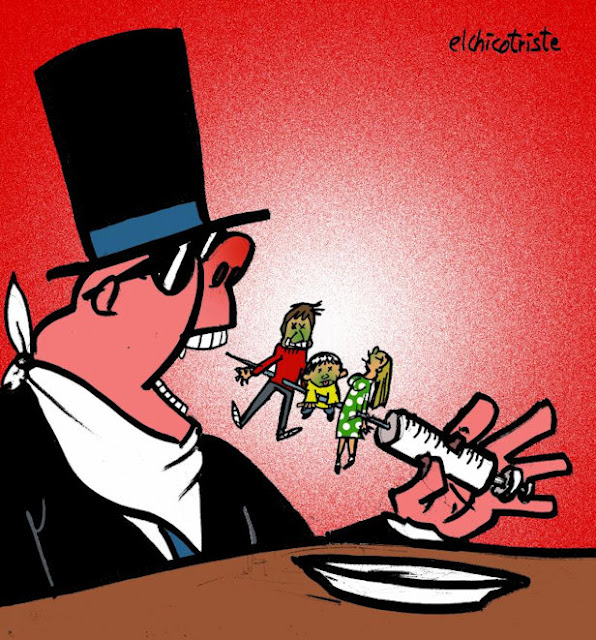 “Pfizer (and thus the FDA) knew by December 2020
that the MRNA vaccines did not work
— that they ‘waned in efficacy’ and presented ‘vaccine failure.’
One side effect of getting vaccinated,
as they knew by one month
after the mass 2020 rollout, was ‘COVID.’

“The orchestrated ‘Covid pandemic’ is a massive crime against humanity. Are we going to allow them to get away with it? Or will there be too few of us left to do anything about it?

The Covid vaccine kills people. This is hardly a secret, and the question naturally arises, why are people pushing the vaccine on us?

Why are they pushing this deadly drug on small children? Answering this question takes us to the root of the dark forces controlling the world.
It’s clear that those who push the vaccine know about its lethal effects. As the great Dr. Naomi Wolf points out, “I’ve been silent for some weeks. Forgive me. The truth is: I’ve been rendered almost speechless — or the literary equivalent of that — because recently I’ve had the unenviable task of trying to announce to the world that indeed, a genocide — or what I’ve called, clumsily but urgently, a ‘baby die-off’ — is underway.”

The WarRoom/DailyClout Pfizer Documents Research Volunteers, a group of 3000 highly credentialed doctors, RNs, bio-statisticians, medical fraud investigators, lab clinicians and research scientists, have been turning out report after report, as you may know, to tell the world what is in the 55,000 internal Pfizer documents which the FDA had asked a court to keep under wraps for 75 years. By court order, these documents were forcibly disclosed. And our experts are serving humanity by reading through these documents and explaining them in lay terms. The lies revealed are stunning.

The WarRoom/DailyClout Volunteers have confirmed: that Pfizer (and thus the FDA) knew by December 2020 that the MRNA vaccines did not work — that they ‘waned in efficacy’ and presented ‘vaccine failure.’ One side effect of getting vaccinated, as they knew by one month after the mass 2020 rollout, was ‘COVID.’

Pfizer knew in May of 2021 that 35 minors’ hearts had been damaged a week after MRNA injection — but the FDA rolled out the EUA for teens a month later anyway, and parents did not get a press release from the US government about heart harms til August of 2021, after thousands of teens were vaccinated. 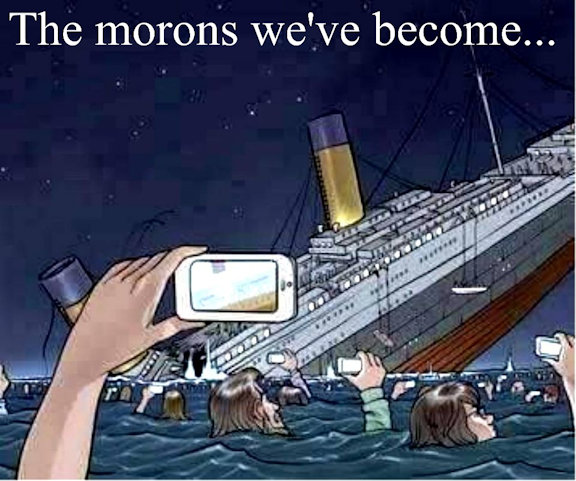 Pfizer (and thus the FDA; many of the documents say “FDA: CONFIDENTIAL” at the lower boundary) knew that, contrary to what the highly paid spokes-models and bought-off physicians were assuring people, the MRNA, spike protein and lipid nanoparticles did not stay in the injection site in the deltoid, but rather went, within 48 hours, into the bloodstream, from there to lodge in the liver, spleen, adrenals, lymph nodes, and, if you are a woman, in the ovaries.

Pfizer (and thus the FDA) knew that the Moderna vaccine had 100 mcg of MRNA, lipid nanoparticles and spike protein, which was more than three times the 30 mcg of the adult Pfizer dose; the company’s internal documents show a higher rate of adverse events with the 100 mcg dose, so they stopped experimenting with that amount internally due to its ‘reactogenicity’ — Pfizer’s words — but no one told all of the millions of Americans who all got the first and second 100 mcg Moderna dose, and the boosters.

Pfizer skewed the trial subjects so that almost three quarters were female — a gender that is less prone to cardiac damage. Pfizer lost the records of what became of hundreds of their trial subjects.

In the internal trials, there were over 42,000 adverse events and more than 1200 people died. Four of the people who died, died on the day they were injected.

Adverse events tallied up in the internal Pfizer documents are completely different from those reported on the CDC website or announced by corrupted physicians and medical organizations and hospitals. These include vast columns of joint pain, muscle pain (myalgia), masses of neurological effects include MS, Guillain Barre and Bell’s Palsy, encephaly, every iteration possible of blood clotting, thrombocytopenia at scale, strokes, hemorrhages, and many kinds of ruptures of membranes throughout the human body. The side effects about which Pfizer and the FDA knew but you did not, include blistering problems, rashes, shingles, and herpetic conditions (indeed, a range of blistering conditions oddly foreshadowing the symptoms of monkeypox)…

But why are the forces of evil doing these terrible things to us? Paul Craig Roberts has some important things to say on this topic: “The medical and scientific evidence is completely clear that the entire Covid narrative is counterfactual and that the authorities know it. Yet they still push, using coercion, for more vaccination.

Vaccination does not protect. It harms. So the only reason to enforce it is to kill people.

The inability of people to distrust ‘authorities’ and the inability of people to inform themselves and to think for themselves guarantees that millions will die from being vaccinated. When you see thousands of independent doctors and medical scientists damning the vaccine only to be ignored by bureaucratic ‘public health’ organizations, you have clear evidence that real authority is not speaking. It is being suppressed.

Anytime debate and information is suppressed, you know that something is being hidden and that a secret agenda is operating.

The orchestrated ‘Covid pandemic’ is a massive crime against humanity. Are we going to allow them to get away with it? Or will there be too few of us left to do anything about it?

An expert pointed out to me that clearly medical authorities do not mind if the vaccine is killing people, and the deaths are consistent with the Bill Gates/World Economic Forum intent to reduce the world population. However, an intermediate goal is to transition to the vaccine passport as in Germany, Austria, Italy, Greece, and with France, Belgium and the Netherlands about to join in the requirement of a digital ID that allows tracking of everyone and every interaction and, thereby, control of the population with rewards and punishments like the Chinese Social Credit System. This allows the controlled populations to be scapegoated for the mayhem caused by depopulation.

This is a reasonable explanation for the emphasis on Covid passports. As it is known and admitted that the vaccine is inefficient as a protection against the virus, and as the virus is dangerous mainly to untreated patients with comorbidities, the passport is pointless for any purpose other than control. The passport provides no protection whatsoever against the spread of the virus and the immune system’s attack on the body’s vital organs.”  …