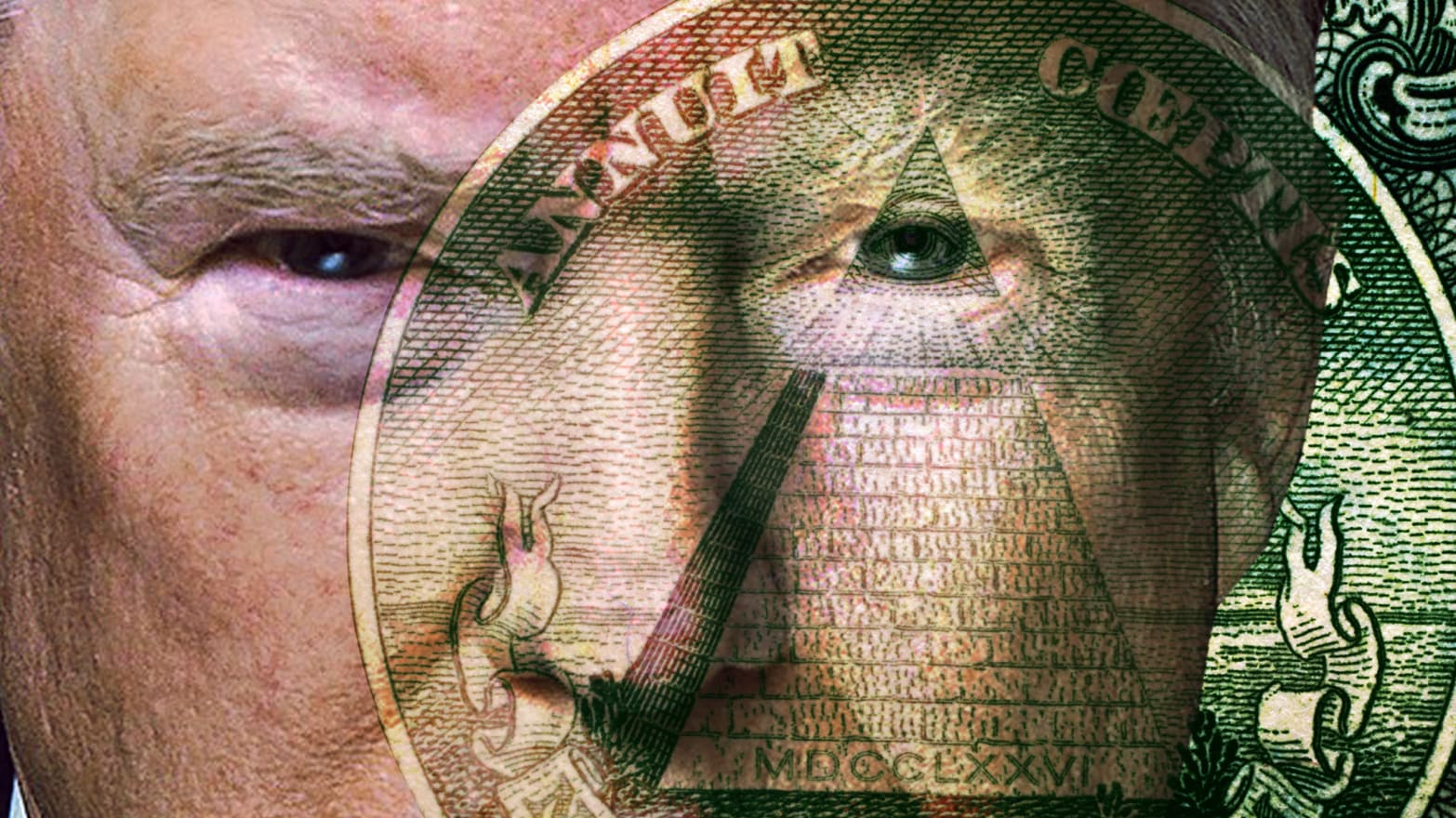 Politics has banished Religion from public discourse but religion still offers the best understanding of politics. The essence of political struggle is actually spiritual, a cosmic battle between God (Good) and Satan (Evil) for the soul of mankind.

The Illuminati represent organized evil which has conquered most of our social institutions.

The Jeffrey Epstein scandal is a reminder that Illuminati members must must engage in pedophilia and satanic ritual murder of babies and children to prove their commitment to Satan. Many prominent politicians, pundits and entertainers are members.

The struggle is between a satanic cult called the Illuminati and the remnants of humanity that uphold God’s Plan. The Illuminati’s doctrine is based on Cabalist Judaism, the view that Cabalist Jews represent God, and they are the only real humans. The goyim are animals destined to serve the Illuminati. (A majority of secular Jews would find these ideas repulsive and absurd.)

The Illuminati constitute a secret society within Freemasonry.  As in Judaism, the rank and file are manipulated with platitudes. They are not told the real objective which is Communism,  a Rothschild monopoly over everything of value.  As society becomes a satanic cult, the masses naturally are kept in the dark.

(The mainspring of Illuminati power is the creation of the medium of exchange in the form of a debt to themselves. Our national governments could do this debt and interest free. To prevent this, mankind must be enslaved.)

The Illuminati plan is to remake the planet as a neo-feudal preserve. This involves the reduction of the world’s population through plague, catastrophe or war; and the enthronement of Lucifer who represents the Cabalist’s inversion of Good and Evil, (i.e. evil is good, sick is healthy, ugly is beautiful.) This is the New World Order.

Sophisticated and dedicated people roll their eyes when told about this conspiracy. They are hypnotized by their “education” and the mass media.

The Illuminati is not “a conspiracy theory.” Its premises were raided.  Its membership was revealed. Plans and correspondence were seized and published. Defectors testified to formal inquiries as to the imminent danger. It was suppressed but went underground. It has since grown so powerful that it has literally defined the modern age (under the guise of “progress,” “reform” “humanism” “secularism” and “revolution”) and now threatens the future of humanity.

THE ORIGIN OF MODERN DYSFUNCTION

The term “Illuminati” means “enlightened ones” and refers to Lucifer, the “light bringer.” (Everything is inverted- light is actually darkness.) 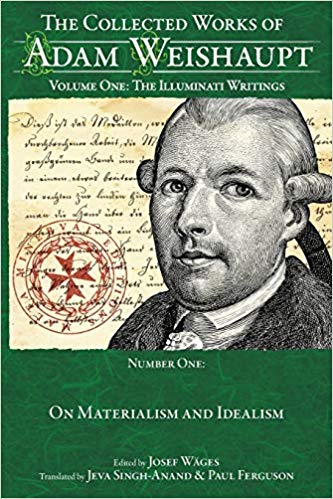 In 1770, Mayer Rothschild hired the 22-year-old Adam Weishaupt, a university instructor (son of a rabbi raised as a Catholic) to attract the cream of European society to a secret cult designed to reverse the course of Western (i.e. Christian) civilization (hence the term “revolution.”)

The Illuminati was founded May 1, 1776. Weishaupt wrote: “The great strength of our Order lies in its concealment, let it never appear, in any place in its own name, but always covered by another name, and another occupation. None is fitter than the three lower degrees of Freemasonry; the public is accustomed to it, expects little from it, and therefore takes little notice of it.”

The Illuminati reached an agreement at the Congress of Wilhelmsbad, December 20, 1781 to add the Illuminati hierarchy to the first three degrees of Masonry. On returning home, Comte de Virieu, a Mason from the Martiniste lodge at Lyons, reported: “I can only tell you that all this is very much more serious than you think. The conspiracy which is being woven is so well thought out that it will be impossible for the Monarchy and the Church to escape it.”

Nesta Webster in her book World Revolution describes the modus operandi of the Illuminati. It applies to Adolph Hitler as well as Timothy Leary: “The art of Illuminism lay in enlisting dupes as well as adepts, and by encouraging the dreams of honest visionaries or the schemes of fanatics, by flattering the vanity of ambitious egotists, by working on unbalanced brains, or by playing on such passions as greed and power, to make men of totally divergent aims serve the secret purpose of the sect.”

The Illuminati also used bribes of money and sex to gain control of men in high places, and then blackmailed them with the threat of financial ruin, public exposure or assassination. This continues to the present day.

Weishaupt wrote: “One must speak sometimes in one way, sometimes in another, so that our real purpose should remain impenetrable to our inferiors.”

And what was that purpose? It was “nothing less than to win power and riches, to undermine secular or religious government, and to obtain the mastery of the world.”

The first priority was to enlist writers, publishers and educators. The modern pantheon of great thinkers, from Darwin to Nietzsche to Marx, were Illuminati pawns or agents. Of one university, Weishaupt wrote: “All the professors are members of the Illuminati…so will all the pupils become disciples of Illuminism.” (Wardner, 45)

As the Order spread throughout Germany, leading Jewish families such as the Oppenheimers, Wertheimers, Schusters, Speyers, Sterns and of course, the Rothschilds funded it. Gerald B. Winrod wrote in his book Adam Weishaupt: A Human Devil “of the thirty-nine chief sub-leaders of Weishaupt, seventeen were Jews.”

From Bavaria, the Order of the Illuminati spread like wildfire… Soon they had over 300 members from all walks of life, including students, merchants, doctors, lawyers, judges, professors, civil officers, bankers, and even church ministers.

In the 1790’s there was an Illuminati scare in the United States. At Charlestown, in 1798, the Reverend Jedediah Morse preached: “Practically all the civil and ecclesiastical establishments of Europe have already been shaken to their foundations by this terrible organization, the French Revolution itself is doubtless to be traced to its machinations…” (Wardner 48)

In 1832 William Russell established a chapter of the Illuminati at Yale called the “Skull and Bones.” President G.W. Bush, his father and John Kerry are members. 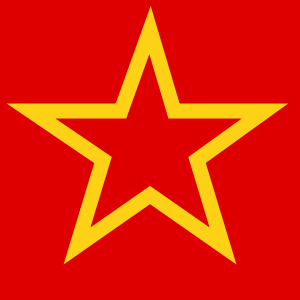 (The red star of the USSR is the star of Baphomet)

On Sept. 9, 1785, Joseph Utzschneider, a lawyer, and two other defectors revealed the Illuminati goals before a Court of Inquiry in Bavaria: Abolition of the Monarchy and all ordered government; Abolition of private property (which the Illuminati will assume); Abolition of Patriotism (nations); Family, (through the abolition of Marriage, Morality, and by government providing “Education” for children) and finally, Abolition of all Religion, particularly Christianity.

These are exactly the goals of Communism, enunciated by Marx in 1848. The Illuminati and Communism go hand-in-glove. The term “Reds” originates with “Red Shield” the Rothschild name. The satanic five-pointed star is the symbol of both.

Mankind has taken a wrong turn and appears doomed to annihilation. The political, cultural and economic elite of the West is either dupes or willing agents of a satanic conspiracy of cosmic proportions.

If we and our children are to suffer and die prematurely, at least we know the real reason. That is a privilege not granted to millions of our ancestors.

God and Satan made a wager for the soul of man. If God wins, man revels in the glory of his Divine Birthright. If Satan wins, man is destroyed. In a nutshell, this is the religious nature of politics.

We can instantly recapture an essential part of religion by incorporating the dictim, “Do Unto Others as You Would Have Them Do Unto You,” in our lives. The essence of all true religion is to obey God (i.e. spiritual ideals like justice, truth and love) instead of personal desire, to be selfless instead of selfish. Like a snowflake, this is how disparate elements arrange themselves according to the Plan ( i.e. Love) and achieve Perfection.

There is no ‘battle’ between God and Lucifer, the fallen angel who was created by God. God allows Lucifer, the other fallen angels, the demons, the Rothschilds and the Rockefellers to exist to give us some opposition to play against and see how well we handle ourselves.  We are all eternal spiritual  beings. We cannot die. Our consciousness, our personality, our likes and dislikes, our memories, even our higher dimensional body, the carbon copy of what you see in the mirror today, lives on for Eternity. The only ones who DON’T know that are the demented psychos trying to install the JWO. Most of them think it’s all over when you die – End of Story. Morons!

Your pessimistic conclusion and the cynicism in the recent comments are a product of media hammering. I don’t watch TV or go to modern movies, so I’m only exposed to radio propaganda and what I read online from the ZioMedia Machine. Everything is staged these days. Everything. It’s not “news;”. it’s today’s readout of what the JWO wants you to swallow as ‘the news.’ So naturally, they seem to be gaining ground in every vector because they control all the media outlets. The Good News stuff you never hear about because they control every substantial outlet of information. What the Media mavens report is not what counts. What counts is what resides within the hearts of men,  and that’s what you never hear about.

The Hindus view the rise and fall of civilizations in 26,000 year long cycles, called Yugas. The current cycle we are in is on the ascendant slope of spiritual development; despite the appearances to the contrary. This movement is unstoppable and inevitable. The foreboding that worries you today can evaporate in the blink of an eye when new, unexpected POSITIVE developments suddenly appear; much like the election of Trump over Hillary in 2016. Despite all the negatives you may hold of Trump, I’m sure you still prefer him to the Daughter of You Know Who.

There’s no way I can prove it to you, but the Demonic Realm went through something of a House Cleaning about 10 years ago, and their numbers have greatly diminished, especially among the demonic deities. Yes, they’re murdering babies and drinking blood, but no one’s answering the ‘phone’ on the Other Side, as it were. I’m afraid that the Dark Side is thinning and gradually morphing into the Gray Side.

The fastest way to speed up this movement, which is inevitable in any event, is to think with your heart and follow the Golden Rule in your every waking moment, as you so wisely suggested. Fear not.